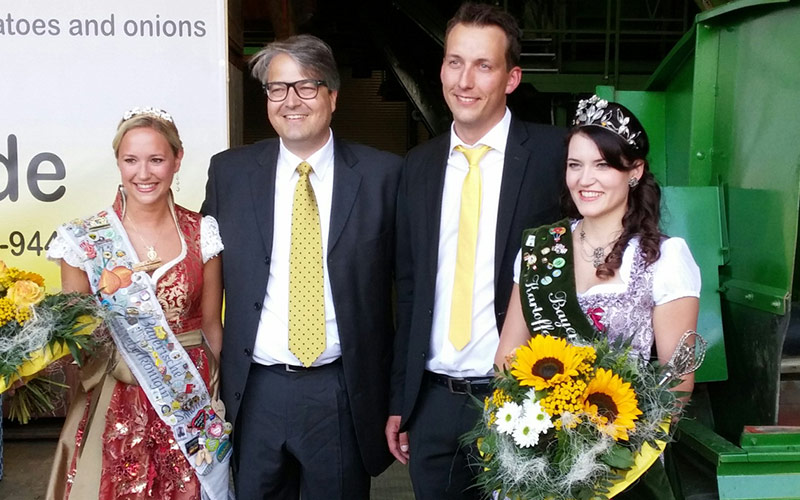 June 2016 | The company celebrates its 10th anniversary in 2016 and thanks all customers, suppliers and other partners as well as service providers for the good cooperation.

Together with Managing Director Daniel Probst and authorized signatory Henning Bannick, numerous guests of honor, suppliers, customers and partners celebrated the tenth anniversary of the sales company Straubinger Kartoffelhandelsgesellschaft mbH on Enchendorf Straße in Plattling. The company is a reliable partner for farmers in the region and sells ware potatoes, onions here and especially abroad. It saves the vegetables long transport routes from the Lower Bavarian fields to the retail trade, which can be tasted in the quality. During guided tours of the Plattlingen plant, guests visit, among other things, the 1,500 warehouse of three tons in storage: “The storage is our trademark,” says Managing Director Daniel Probst. In the picture, Daniel Probst (2nd from left) and authorized signatory Hennig Bannick with onion queen Simone I (left) and potato queen Marina I at the anniversary celebration.